The annual Obama Cup is a tournament played in honour of Alan “Obama” Onyango, who met his untimely death in Dar es Salaam, Tanzania on the 23rd of January 2015. Alan, a budding IT professional, moved to Tanzania in search of work after failing to secure gainful employment in Kenya.

Obama played for Strathmore University FC and until his death was still a student of the institution, pursuing a bachelor’s degree in Business Information Technology (BBIT).

As friends and teammates of Obama, we decided to organize a tournament in January 2016, not only as a way of remembering our departed brother, but also to afford us an opportunity to come together and celebrate our friendship, network, and enjoy what brought us together – football.

At the time of his passing very few of his friends and former teammates, the author included, knew about his whereabouts, let alone that he had moved to Tanzania in search of employment. The fact that we did not even know that our teammate had moved to Tanzania is not in the spirit of the game famed for bringing people together. It is with this in mind that Obama Cup was born.

Following the tournament friends of Obama under the Nairobi West Youth Development Association (NWYDA) umbrella decided to make the tournament an annual feature. The tournament is themed Tackling Unemployment Through Sports. The tournament features teams drawn from the corporate sector, academia and local teams, providing a platform where players and fans can interact not only to enjoy the beautiful game of football but also to seek out career and business opportunities/contacts.

To lead this initiative it was decided to form a project team.

The team is constituted as follows:

We are seeking support, both financial and in kind, in order to make the tournament a success. Any support afforded will go towards the following areas: Venue preparation; catering and refreshments for players; purchase of equipment, compensation of match officials, team and individual awards, etc. We will have a detailed budget and subsequently a financial report of the tournament.

Making a difference through sports

Brian is a seasoned IT professional with over 10 years working experience. He holds a BSc. in Computer Science from the University of Nairobi (Kenya) and a Postgraduate Diploma in Technology Management from the Open University (United Kingdom) where he focused on innovation and project management. He is trained accountant – Association of Chartered Certified Accountants (ACCA) and Certified Associate in Project Management (CAPM). He holds a professional master’s degree in Football Business from the Football Business Academy. Brian worked with various international organisations, including the World Organisation of the Scout Movement and the United Nations. In 2018, he set up the Football Foundation for Africa to help create a sustainable business model for the future of African football. A passionate follower of the game, he possesses a deep understanding of the global football industry and is keen to see the sport improve the livelihoods of youths in Africa.

This site uses Akismet to reduce spam. Learn how your comment data is processed. 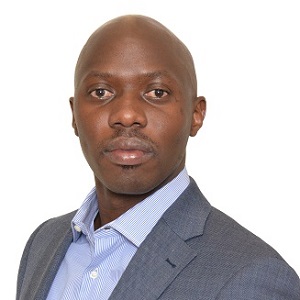 Brian Wesaala is an IT professional (BSc. Computer Science) with over 10 years working experience in various international organisations. He holds a Postgraduate Diploma in Technology Management from the Open University (UK) and a professional master’s degree in Football Business from the Football Business Academy (Switzerland). In 2018, he set up the Football Foundation for Africa to help create a sustainable business model for the future of African football. A passionate follower of the game, he possesses a deep understanding of the global football industry and is keen to see the sport improve the livelihoods of youths in Africa. He is currently based in Nairobi, Kenya.

A Strategy for Growth and Development

Football: More than just a Game – A PEST Analysis

The Year of Return – Part One

Sports Betting – Against all Odds

Interview with Ed Bowers from Education2Sport

The Year of Return - Part One | Brian Wesaala :

Wow Brayo!!! This is a very beautiful story. “Mathe” sounds like a...

[…] crisis it is important that they carefully consider the risks and...

[…] Alan, a budding IT professional had moved to Tanzania in search...

[…] my debut article on this blog I pointed out how football...

FIFA Risk Landscape and the Challenge Ahead - Brian Wesaala :

[…] has been operating a very successful business model over the last...

I couldn't agree with your article any less. The euphoria and resources...

Excellent piece. I do agree it was a dour tournament compared to...

My take, Ramsey was the star man in the Welsh team...

Thank you Sharonne! Glad to have you with us...enjoy! Your criticism is...

Better late than never,right?! I can tell I will enjoy the ride....

Thanks Bethuel. Indeed goes out to all mums out there....

Thank you Patrick. And clearly she will not be happy to hear...

This is so lovely Brian. From our Fathers home, Mathe is looking...

Amazing and lovely read with tears choking me, as imagine your Mathe...

Beautiful piece Brian! Your mother sounds wonderful, loving and caring. And you...

Awesome tribute to your Mum and all Mums out there,they truly leave...

The advise I got when I wanted to start writing was "Just...

Thank you Chanya! Salute to all great mothers ;-)...

Thank you Joy! And thank you too for the nice memories, I...

a wonderful tribute.she is happy and still holds a special place in...

Such a lovely tribute...

Wow! What a lovely read Steve! Your mathe was an inspiration to...

Nice tribute, she is proud, so is your family keep fulfilling your...

Amazing blog! Do you have any tips for aspiring writers? I'm planning to...

That's for sure my brother, this might be a model for successful...

Thank you Hakim. Indeed UEFA is one of the richest organisations and...

Great work of investigation M.Brian, must be congratulated. UEFA is One of...

Dance a yard before you dance abroad...

Thanks Jijoh. I think strong governance structures can help to ensure these...

I am personally interested in furthering talents of young boys I train...

Interesting stuff Brian, am impressed with how you cover the happenings in...

Good article, strong examples, and i do concur with you, our "handlers"...

Thank you for your insightful comments Evoh. Indeed I remember the era...

Good article brother but you would have expanded further about the Kenyan...

Yes Ben. Transparency is key when trying to achieve meaningful and sustainable...

Thanks Solomon. By voicing our views the message will get there one...

Good read. The club has a big fan base and the idea...

Good point Evoh. Thanks. I think the issue of 'clanism' can also...

True to the point but one deadly thing eating into ingwe is"CLANISM"...

Nothing to add on. Very brilliant ideas....

Wah those were the days brayo. Great memories no way i could...

Hi Prophet, great to hear you are doing something with the youth....

I agree with you Edmindes. Goodwill is very important when it comes...

Yes Mulindi our education system has been a hindrance since it is...

Thank you for compliments and comments Solomon. Indeed those charged with running...

Interesting stuff .....I wish our government and the concerned parties that govern...

Wesaala I run a soccer club compromising guys between the ages of...

Hi Brian, One major obstacle in sport generally is the system of...

This is a great article Brian and the facts just mirror what...

Thank you friend. Very humbling! I will try my best to keep...

hi Brian, i dont know you personaly and sorry for my English...

Alla grande Brian, is it you in the picture? I think so,...

Charles, professionalism is indeed one of the key aspects we lack in...

Thank you Samuel Makori. I agree with you, we need to get...

Good article Brian. It addresses a number of issues that football...

Could this be a case of Kenya making one step forward and...

[…] my article, A Strategy for Growth and Development, I had the...

Thanks Jijoh for your comments. By targeting at least one secondary school...

Good article bro. if only the government was serious about investing in...

Hi CK, many thanks for your thoughtful comments. Lack of space is...

Thank you Salim. I agree that we are not at the same...

Thank you for your comments Evoh. It is true that most of...

Way to go but the main problem with natural grass is exhaustion...

Nice article Brian, in Kenya we are not yet where Europe is...

Another great piece never a dull article. But from experience our primary...

[…] my previous article, I fronted schools as the way to go...

Odu, I think even in Kenya we can use green houses and...

While looking at the 3E's, do we consider that in Europe the...

Good point Morris. A lot of money is now being used at...

Odu I believe it can work without having a negative impact on...

Thank you Salim and you make an interesting observation. To be honest...

Brian you are doing great justice to football growth and development in...

In my view student performance does not have to be impacted. However,...

I have a question with all this guys, where does this leave...

Interesting. I was not aware that this was the case in Southern...

I am with you on the intra-county and inter-county tournaments or rather...

Thanks for your comments Evoh. I really appreciate your point is especially...

South African countries have already adopted the school and sports mix. in...

I totally agree, primary schools and secondary schools can be used as...

The article is good. You have underlined the academy part very well,...

Oducobra, I really like the the way you have put it especially...

Have you all thought about the example that was given by the...

Jijoh I agree that we do have a problem at the management...

Thank you for your comments Issa. When sport is viewed as a...

Oducobra I agree with you that the education system has also faced...

This is deep. And I believe that if there was a way...

Well said and done master Wesaala, if only the so called football...

The ideas to change the game and create the youth structures have...

That is some pretty deep insight as to how to grow the...

Thanks Cobra. Will be tapping into our collective memory....

Good stuff. I look forward to reading more of our footballing escapades...

Thank you Patrick. Will do my best to write more articles....

Really interesting...looking forward to more of your articles.....

Thanks for the support Irene. Will do my best to keep writing!...

Great to see that your passion for football has got you writing...

Thank you for your comments Colin. You are actually the reason I...

Hi Brian: I see you have already received plenty of encouragement...

Nice one bro wish we could find the leaders who really value...

Thank you for your good comments and encouragement Alphonce....

Thank you Toddy for your remarks. Actually when I read Muteithia's comments...

Your passion for the sport echoes in your thoughts (very well expressed...

Nice read Brian and good start. May be I should borrow a...

Thank you very much for your insights Muteithia. In future articles I...

Thank you for your remarks Jijoh. Also proud to have a played...

Thank you Salim. Indeed I am looking at borrowing from various business...

Am impressed with your article PEST and how you have exquisitely linked...

Wisely spoken my bro. The fact that you been a player...

Cheers brian for the article and as they say a journey of...

Leadership is never given on a silver platter, one has to earn it.

The Football Foundation for Africa@TheFFAfrica·
13 Jan

We are pleased to announce the #ObamaCup20 Workshop Series facilitated by our esteemed partners @GenerationKe, Emerging Leaders Foundation, @PmiKenya and Bena Care Kenya.

2019 was a challenging year, but no doubt one that I will always look back and say THANK YOU for the achievements and lessons. #Change #Learning #Growth.